She Loved Him- A Short Story 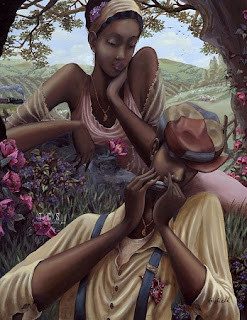 She loved him -- magnanimously.  But it was too much. Like a cancer, this love spread throughout her entire body and permeated every limb, every organ, and every cell.

It seemed like her unbridled love for this man was a part of her cellular make-up; perhaps it was encoded in her DNA. She felt like her love for him was the oxygen in her blood that fed her cells and flowed freely through her veins; racing towards her heart.
Unfortunately, it was this same love that ran him away. She didn’t fully understand it’s power at the time so she gave it to him unceasingly and without restraint; never realizing that the power of the gift was just too much for him to handle.  In fact, the truth is it became too much for them both. 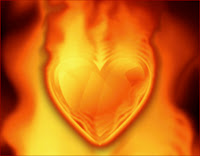 This love was like a wild fire that needed to be monitored and contained and not to be left alone unattended.  She welcomed it’s consuming power, however he knew that he had to get out before the love flames spread to the dry areas of his broken spirit.

He wasn’t quite ready for the flames to mix with the dry residue of his anger, pain and fears.  He needed to hold on to the residue because it seemed to remind him of the dark spaces in life.  Ironically, it was the familiarity of the dark spaces that made him feel  comfortable and safe. 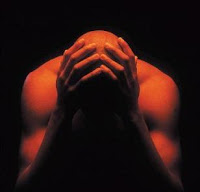 Her love had become too intense and he had no desire to be over taken by it’s heat. This man had already had his share of heartbreak and burn wounds caused by love and failed relationships.  Therefore, he cornered a part of his heart, installed special fireproof walls and tried his best to protect himself from her flames. There was no way that he would be smitten by love again. 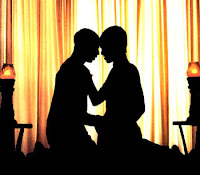 On the other hand, she deeply desired to feel the warmth and comfort their love provided; she loved the light it created in the dark and lonely moments and she loved the intensity of their passion. Ironically, the more heat they generated together the greater her desire was to surrender to its’ flames. She appreciated the intensity of love. She longed for it; he feared it.

After the third attempt their love fire finally reached its’ peek and she gladly took off all of her clothes, oiled down her body for the experience and jumped nakedly into the core center of the flames. However, for some unstated reason he changed his mind right before the jump, made a 180 degree turn and left her at the scene alone once more--without even a conversation. 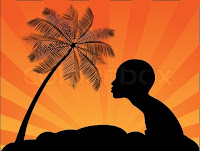 She was terribly embarrassed as she stood there for the third time being rejected by the same man during the same time of year as the other two previous times.  Why had she believed him again? When would she let it go and move on? Unfortunately, she now found herself completely naked, with third degree burns on her heart, a singed spirit that reeked the smell of fear, and in more emotional pain than any flame should ever inflict on one soul.

To make matters worst, when he left her for the third time he took back all of his love and unintentionally carried a little bit of hers away as well.  Had she not learned her lesson from the two prior attempts at love with and for this man? Did she think that love made her invincible—a Superwoman of sorts—or even fireproof? 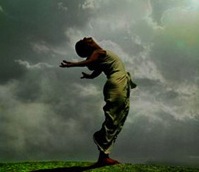 Although she was overcome by the embarrassment of her third folly she decided to completely surrender to the power of love's fire she felt shut up in her bones. Ironically, she discovered that being consumed by love wasn’t as bad as she originally thought; although there were consequences that didn't always feel good.  Through the process she actually discovered that the burning away of one’s fleshly desires the soul and spirit could actually be released. 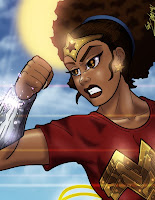 She accepted that this process of love was perhaps designed by a higher force and higher power for the purpose of consuming the dry and barren emotional areas in her life in preparation for new life. She often jokingly referred to these areas as the Valley of the Dry Bones. In fact, she discovered that she was a genuine superhero that was only being trained, molded and shaped by this love fire that caused her seven years of excruciating pain.

Ironically, out of the residue of her pain and broken spirit she actually began her transcendence to a higher love. This new love gave her permission to follow her dreams, embrace her gifts and most importantly, honor herself. She could now rise up from the  ashes of her extinguished past love fire and soar to higher heights.  She welcomed the journey. She had become the Phoenix. 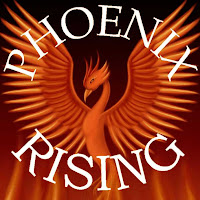 *Photo CREDITS:  The Phoenix above was created by artist Nela. You can find her work at http://neladunato.com/illustration/phoenix/